The traders who fail in stock market have a lack of a plan as their first mistake. They simply lack a strategy. Instead, they wish, imagine, and dream that things will turn out the way they want them to. They don’t know what they’ll do in the situation that the market rises, gaps up, or sells off. They also don’t know what they’ll do if the market rises and then drops. Most of the time, they wing it.

They don’t know where their stop loss is when they enter a position, whether it’s a short-term or long-term trade, whether they’ll scale out, and whether they’ll add a new position if the price breaks out and then falls back. They don’t exactly have a plan; they just essentially “fly by the seat of their trousers. Instead they a start with a proper stock market classes.

It is another common mistake made by prospective traders. They frequently switch between different strategies. They may be experimenting with chart patterns one day while swing trading equities, but a weeks later they may come across something on chart form that convinces them to trade Fibonacci retracements. They are now buying pullbacks instead of playing breakouts, and maybe they will also add a new technical indication to their charts. As a result, they switch between several trading strategies frequently.

Despite this, it is essential when you initially start out. Because you need to learn trading with several various styles before you find the one that works for you. However, if you find what works, you must stick with it and resist the need to change. Consequently, “style drift” can be a serious problem for Beginners.

Stock Traders should leave a position when it moves against them, but they are terrified of losing money, so instead of doing so, they haggling the market. They think, “If it can only go back up, I’ll get out at breakeven,” but then things continue to work against them. This is another reason why traders fail in the stock market!

They try to build up a position that is bigger than their account can handle by over sizing their positions, trading excessively, and being extremely aggressive. Particularly in derivative and forex, this is true. Not as much in stocks with a cash or margin account, as you are constrained by the amount of your capital and instantly lose your purchasing power. Whereas in futures and forex, this is not the case, but even so, I rarely have more than 30% of my capital committed to margin.

Understanding your own psychology, ego, way of life, and conduct is critical since these things can help you avoid risks. Excessive information is another issue that many traders currently face. When I initially started, it wasn’t an issue, but it is today. Even while TV is less common than it was in the past, you can still get a wealth of information thanks to the internet and platforms like Telegram, Twitter, and Instagram. And a trader may find evidence to support any position they hold, no matter what they wish to do.

Picking trader at top or bottom

Many inexperienced traders attempt to identify turning points in transactions. They will place a trade on the chart, and as it continues to move against them, they will add to it because they are confident that the trend will ultimately reverse. If you trade that way, you wind up with significantly more exposure than you anticipated as well as a really bad trade.

Trading with the trend is recommended. The prestige of having chosen one bottom out of ten attempts accurately is not worth it.

Wait for confirmation of the trend change if you believe it will occur and want to place a trade in the new potential direction. Learn technical analysis under a mentor.

On the internet, there are a lot of trading systems for sale. A hundred percent accurate trading method is a requirement that some traders are seeking.  They continuously expanding in and following systems up until the point where they decide there is no hope of success.

You must acknowledge that there are no free lunches when you are a new trader. Like anything else, trading requires effort to be successful. Instead of purchasing useless methods online from uncertain marketers, you can achieve success by developing your own method, plan, and system. 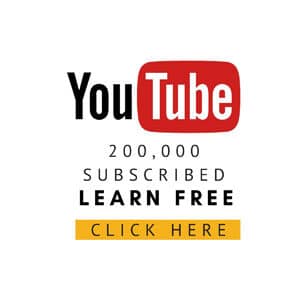